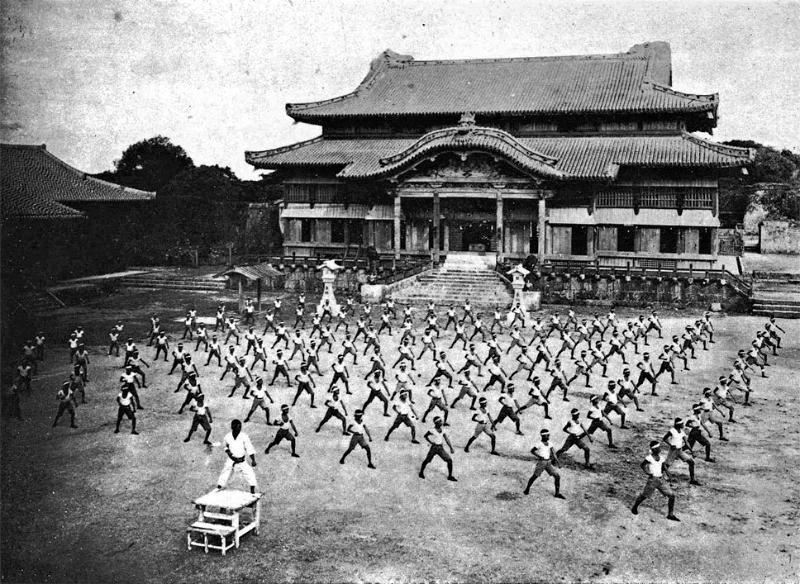 Karate as a martial art originated on Ryukyu Beach, in present-day Okinawa. It developed in the Ryukyu Kingdom from the beginning of the 20th century, after Japan conquered the island and began cultural exchanges between Japan and the island of Okinawa.

There were several main styles of "Te": Shuri-te, Naha-te and Tomari-te. The representative of Naha-te was Chojun Miyagi Sensei, who is the founder of Goju-Ryu. The martial art of Naha-te was founded by Kanryo Higaonna, who was born in 1853. Goju-Ryu's main basic techniques are based on the Naha-te foundation.

The history of Goju-Ryu foundation is linked to Chojun Miyagi, who was a principal student of Kanryo Higaonna. He was 14 years old when he met Higaonna and until his death (1916), he was mastering martial arts for thirteen years. In addition to that, in order to deepen the roots of the style, he traveled to China, where he learned the techniques of the Chinese white crane. Besides teaching karate techniques, Chojun Miyagi often conducted intellectual seminars for his students on human existence, life, ethics, and the samurai code in general.

Kano Jigoro, the founder of Judo, saw the demonstration in 1927 performed by Chojun Miyagi Sensei and admired his strength and technique. Kano helped Chojun Miyagi to get funding from the Japanese government and Budokan for official events. At one such demonstration, Chojun Miyagi's student, Jinan Shinzato, performed Sanchin and Seisan Katas at the highest level. When asked which school he belonged to, he could not answer. Returning to Okinawa, Shinzato told Miyagi Sensei about the demonstration. Sensei realized how necessary it was to find a name for this martial art and decided to name it Goju-ryu (translated as hard and soft). He took the name Goju-Ryu from the book Bubishi, where within the text there are eight Kenpo Haku (the 8 Basic Principles of Martial Arts). Since 1930, Miyagi Sensei has been actively developing karate-do, both in Japan and around the world.

In 1940, he created “Gekisai Dai Ichi” and “Gekisai Dai Ni” Katas to popularize the style. His name is associated with "Tensho" Kata, which emphasizes the smoothness and flexibility of the style, also, "Sanchin" Kata, which develops physical and mental state. Goju-Ryu is a universal martial art that involves hard strikes of hands and feet, attacks, blocks, and maximum control of the opponent. In the technical arsenal you will also encounter elements of rapid movements, grips and throws.

© Developed By MAGSMAN All Rights Reserved